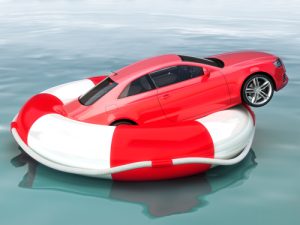 San Diego, California —An Uber driver drove off the road and ended up getting into the waters of San Diego Bay. The incident happened on Thursday, around 10.30 p.m.

According to the San Diego Harbor Police, the incident happened near the 1500 block of Harbor Island Drive. The Uber driver was driving too fast on Harbor Island.

He arrived at a T-intersection at a high rate of speed.

The driver was trying to escape from his car as it began to sink.

The driver got trapped in the vehicle because the seat belt was still on. After he released the seat belt, he realized that the door had shut. He had to break the window to get off the car.

Uber driver managed to swim to shore. His Toyota Prius was sinking. The car was pulled by the crane from the water two hours later, according to Harbor Police Sgt. Timothy De La Pena De Pena.

The driver got help from several passersby before the authorities arrived.

Police found out the driver was not under the influence of alcohol.

The driver said the reason the incident happened is that he was trying to make a turn, but it was too late.

He was taken to the hospital for treatment.