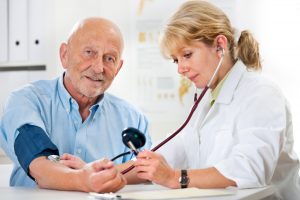 The organization, Be There San Diego, make huge effort to reduce heart diseases. It brings together doctors from different organizations to work together. The goal is to reduce the region’s heart attack risk.

San Diego has got good results in this regard. It’s enough to look at the numbers to see the improvement that was made recently.

The number of local heart attack hospitalizations dropped 22 percent over five years, full 14 percentage points better than the 8 percent decrease across the state. This is according to the newly published study released on Tuesday.

Health Affairs, one of the most influential medical journals, says San Diego County had 3826 fewer heart attack hospitalizations. That saved about 86 million in avoided medical costs.

The cardiovascular program director and professor of medicine at Harvard Medical School, Dr. Deepak Bhatt, can see the correlation between the start of the program and the drop in hospitalization. The study does not prove that Be There San Diego’s efforts caused the drop in heart attack hospitalization.

Well, one thing is undeniable. There is a double-digit gap between San Diego’s results and those of the other 57 counties in the state.

He hopes that other counties will look at the example of San Diego and will try to do the same.

What brought the difference in results?

San Diego program didn’t use newly-developed medications or devices. The most effective tool implemented by the program is bringing doctors together every month to have a discussion around the table. They share specific methods they are using to get risk factors under control.

A group of 4000 residents at the highest risk of heart attack or stroke got the federal grant, which helped to hire health coaches to work one-on-one.

20 Southeast San Diego churches have taken board action in recent years to add exercise classes and preach healthy eating. Now before Sunday service, you can get your blood pressure checked out due to stations installed there.