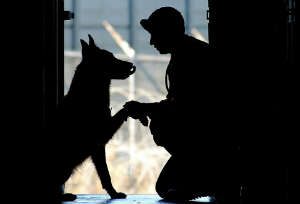 SAN DIEGO, CA – A San Diego car crash occurred on the Interstate 15, which led to a fiery result this morning. The car crashed into another vehicle in the Kearny Mesa area.

At about 12:45 in the early hours of the morning, some witnesses noticed the vehicle traveling very fast on the freeway.

It was traveling along the southbound side of Interstate 15. One of the people who saw the car traveling down the road believes it may have even gone to, or over, 100 miles per hour.

After the car smashed into the back of another vehicle on the freeway, it came to a stop. Luckily, witnesses, who turned out to be Good Samaritans, came to the driver’s rescue. The car caught fire, but as it started to burn, the Good Samaritans dragged the man, along with his service dog, out of the vehicle.

Emergency personnel arrived shortly after. Firefighters on the scene put out the fire before it spread very far. As a result of the crash and the incident, medical personnel transported the driver to the hospital. However, the public does not know what injuries the man suffered due to the wreck.

But, due to the driver’s actions, police had to investigate the incident. Apparently, police arrested the man. The arrest was made on suspicion of a DUI.

In addition, paramedics took the service dog away from the scene of the fiery crash. It is unclear what might happen to the man after this event, and what may have been involved in causing the crash.

San Diego, CA – A Barista who turned down a customer for not wearing a mask is receiving massive support from the community. A video of the customer went viral on Monday and currently has over 80,000 views. The video