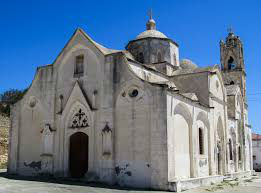 SAN DIEGO, CA – A few members of the congregation tackled a woman who’d entered a Clairemont church during Easter Sunday carrying a baby and brandishing a gun.

Officials with the San Diego police say the incident occurred around 12 p.m. at 4350 Mt. Everest Blvd. at Tsidkenu Church. The non-denominational church is located on the grounds of Mt. Everest Academy.

San Diego police identified the woman as 31-year-old Anna Conkey. And according to the officers, she walked right into the church with a handgun and a 10-month-old baby. Not long after entering, the woman allegedly went up on the stage and threatened that she was going to blow up the church. Apparently, she emphasized the point by wildly waving the handgun.

One witness recalls, “She was saying craziness about the rapture not being real and everyone going to hell.”

Conkey was taken down by several church members. Luckily, nobody was injured in the incident. Photos taken of the incident reveal police officers hurrying away a young child from the scene.

Later, police determined the gun wasn’t loaded. Moreover, after a careful canvassing of the area, police did not uncover any explosives.

Following the incident, officers took the baby and Conkey’s 5-year-old daughter, who was found at unnamed location, to Child Welfare Services. They were both healthy and uninjured.

This unusual episode occurred as police increased their presence at San Diego churches. Their more active patrolling of churches comes on the heels of the blast in Sri Lanka that killed more than 200. According to police, the measures were taken out of an “abundance of caution.”

Conkey was charged with suspicion of making criminal threats and displaying a handgun in a threatening manner. Currently, she is under medical watch.

When Honda Met Mazda: A K20 Engine Placed In A RX-8

Honda has had it very unusual in their motorized past. But none as odd as the modded Mazda that they’ve found themselves within. An RX-K has been made out of a Mazda RX-8. That is to say, Aki and Trappy – part

NASA certainly is one of those super generous companies, in that they’ve decidedly given the Air & Space Museum an aircraft that has gone through retirement as recently as last week. According to NASA, the S-3B Viking left the Glenn