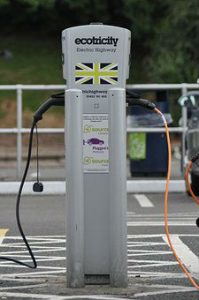 It looks like Washington and Oregon are joining the party. That’s right. These two states, like California, are now pursuing transport electrification.

Power providers in all three of the states will put their heads together. They will then determine a strategy for creating an electric charging infrastructure that would extend along the 1,300 miles of Interstate 5. This stretch runs between Mexico and Canada.

There are exactly nine electric utilities and two agencies that represent two dozen municipal utilities within the area sponsoring the project. Officials have labeled the project the West Coast Clean Transit Corridor Initiative. The desired end-game of the initiative is to enable the feasibility of long-haul battery electric trucks.

Officials say the I-5 is the spine of the goods movement space for these three states. Not only that, officials involved with the project, contend the I-5 stretch is responsible for air pollution and greenhouse gas emissions.

The study being conducted to analyze how best to execute the concept will consider things like the size of charging stations being manufactured and where the best place along the stretch is to put those stations.

Southern California Edison is one of 11 organizations participating in the study. Others involved include the Los Angeles Department of Water, Portland General Electric, and Seattle City Light.

The initiative will make assessments of EV charging infrastructure programs. Moreover, officials will look at technology developments, as well as charging trends. Furthermore, it will examine fleet estimates for medium and heavy-duty zero emissions vehicles. Traffic flow patterns and fueling along the I-5 are also major considerations of the study.

SCE anticipates it will be able to fulfill the increased volume demands necessary to charge battery-electric long haul trucks once they are released to the public.

Katie Sloan, director of electric mobility for Southern California Edison, said, “That’s why conducting this study while the vehicles are being developed is so important. We can have that electricity ready when the vehicles are available.”

What do you guys think?