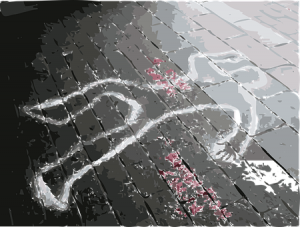 UNIVERSITY CITY, CA – New suspect in question after a man was found dead inside his home Monday. A homicide investigation led by the San Diego Police Department has resulted in the questioning of the roommate.

SDPD Lt. Anthony Dupree confirms a call was made around 6 a.m. to the police about a man who had stopped breathing inside a home on Bothe Avenue near Regents Road.

However, by the time medics arrived, the 56-year-old man was found dead.

It was evident the man suffered from some form of trauma to his upper body region. This incited officers to believe the man might have been murdered. The extent of the trauma is still unclear and has yet to be disclosed.

A 57-year-old woman and her 34-year-old son also shared the home with the man.

Moreover, SDPD officers believe a fight between the victim and the 34-year-old ensued, which may have resulted in a homicide. The son was taken in for questioning.

Several policemen surrounded the outside of the home. Residents of the University City neighborhood were met with shock and confusion.

In disbelief, neighbor Don Hotz expressed his dismay about the incident, “I just arrived back, and I see you know probably ten police officers out here and detectives and a couple people detained, I am saddened by it.”

Additionally, Hotz said the victim spent much of the time inside his home, but when he did see him, he was very kind. Like many residents in the neighborhood, Hotz is devastated that something like this could happen where they live.

Furthermore, lots of different people were seen frequenting the house in recent months said neighbors. At one point, the house was covered in tarps.