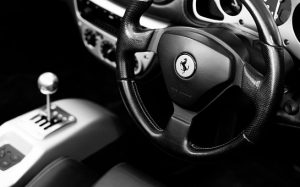 Safety technology has gone to a whole new level. While helpful at best, many drivers still feel it to be annoying, and bothersome. Therefore, motorists are disabling systems, and avoiding purchasing new cars that have safety technology installed.

Consequently, this is a major issue for many automakers.

According to Kristin Kolodge, the executive director of driver interaction and human machine interface research, “The technology can’t come across as a nagging parent; no one wants to be continuously told they aren’t driving correctly.”

For example, on average, 23% of drivers with the lane-keeping and centering systems complain about the alerts, deeming them annoying and bothersome.

Not to mention, 61% often disable the system compared to 21% who are fine with the alerts. Also, vehicle owners who want the new safety technology features on future purchases range from 63% who find the alerts annoying to 91% who do not.

As a result, some automakers are constructing their safety technology without being overbearing. According to Kolodge, some brands are good at one feature, and weaker at another, and some are just grappling with both. Consequently, this is the reason one brand has 90% of its customers desiring lane-keeping/centering on their next vehicle, whereas another brand has just 59% of its customers saying the same thing.

A study conducted by the research team discovered that the overall satisfaction with new vehicle safety technology ranges wildly.

Along with the study, data revealed that collision protection technology scored the highest (813) among the six categories measured. Additionally, smartphone mirroring tech came in second (7890), while comfort and convenience (787) came in third. Entertainment and connectivity (782) followed. And, lastly, driving assistance (768), and navigation (744) at the fifth and sixth position.

What are your thoughts on driver safety technology? A bothersome or quite the opposite? Comment below.