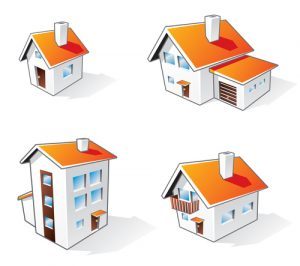 The median price-tag for a home in San Diego County reached a new high of $594,455, reports the San Diego Union-Tribune. That’s an increase of 5.2 percent in the median home price from last year at this time.

The rise in home prices comes as a result of lowering mortgage rates. The most popular mortgage, a 30-year fixed-rate loan, dropped to 3.7 percent last month from 4.87 percent in November of last year. Since the cost of a loan is significantly more favorable, homebuyers flood the market. From this time last year, home sales increased by 8.6 percent.

An increase in demand strains supply. A shrinking supply lifts the value of the commodity. Hence, the rise in median home prices in the region.

The average across the whole of southern California rose 5.6 percent to $549,000.

Mortgage rates in 2019 sit at their most favorable for homebuyers since 2011. The Federal Reserve, the federal government’s regulatory body charged with stabilizing job growth and inflation, greatly impacts rates. The Fed controls the federal funds rate, a money borrowing interest rate that influences the bond market.

In short, the Fed rate impacts how expensive money lending becomes for borrowers across industries.

With considerable volatility as a consequence of the trade war with China, the Fed chose in recent months to reduce the rate. This reaction helps maintain steady economic growth in the face of an impending recession.

However, with a general trend towards a slowing economy, and economists the world over on edge, it remains to be seen how effective the rate reduction will be. Though, for now, the impact on the housing market will continue to inspire more homebuyers to take advantage of low rates, in spite of higher home prices.