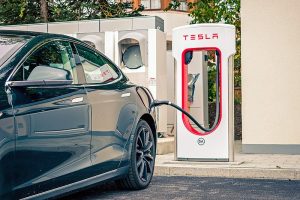 The Tesla supercharger has wedged its name into the American subculture of electric vehicles. Where other nations and countries have developed other methods for charging, Tesla still seems on track to securing their place in the race for the most optimal electric car.

Tesla is a name brand of vehicles. Much like Apple products, they carry their own patented design and all connected devices are patented by Tesla. A power cable for a Tesla cannot fit other EVs and vice versa. This might not be a drawback as much as we like to think due to Tesla’s market control at this current time.

Also, the number of Tesla charging stations is lower than either CCS and CHAdeMO. But with the control of the market in the US, the bulk of Tesla’s 1,200 chargers remains at home. This has allowed many US citizens to cross the country with ease in their electric cars.

CHAdeMO has been in the electric charging game since before Tesla. With their domination of the Asian market including Honda, Toyota, Nissan, as well as many domestic car brands, this form of charging has become one of the most widely utilized charging stations in the world. They currently dominate both European and Asian markets and Tesla even has an adapter for their newer models.

CHAdeMO is the counter to Tesla’s grip over their own cars. Much like Microsoft vs Apple, the two will most likely come down to availability over brand reliability. Where Tesla owners will only be able to purchase Tesla products, CHAdeMO has become a recognized industry standard for most of the automobile industry.

Tesla Supercharge Comes Out On Top

Tesla has made it apparent that they will continue to develop and integrate more effective products for their vehicles. With batteries that can last upwards to 1 million miles planned for the near future, many ask when Tesla will be able to run out of energy. Well, not anytime soon. The automotive industry is now solidified in electric energy thanks to Tesla and its apparent explosive nature. The Tesla supercharger, albeit not as common as its competitive charging stations, still delivers the American market what it needs. The practical use of energy at a reliable location.

With the reliability of being one of the most recognized electric car brands in the world, many have taken them as a sign of effective engineering and reliability. Tesla has been able to withstand the factors that most car companies specialize in. Toyota’s reliability, Ford’s towing capacity, and the power to outpace most cars on the road. These factors have solidified the impression that Tesla is king.

Quick to hit the scene is the combined efforts of European and American auto manufacturers. Companies like BMW, Audi, Ford, and Volkswagen have joined together to develop their own brand of charging ports.

The CCS design is similar to both Tesla and CHAdeMo technologies. The reality of these charging devices comes at the bereft of Apple vs Standard PC’s. The charging methods are the same, heck some might even say that the charging capabilities of each variant are identical, except for the plug itself.

These haven’t been near as widely recognized nor have they been adopted into more traditional sense. Elon Musk’s development of the Supercharger has been to fully outpace the rest.

COVID-19 has changed the way we work and operate. While many are being laid-off and many stores are closing, this has not been the case for everyone. While many folks are at home and on lockdown, truckers are still moving

Among other popular quarantine items like toilet paper and hand sanitizer, gun sales increased this week during the COVID-19 outbreak. NBC 7 reported on the dramatic increase in gun sales at San Diego’s Poway Weapons & Gear Range. The store’s