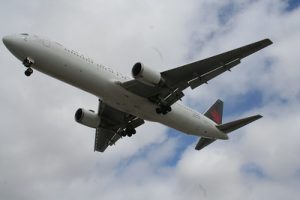 A massive surge of flight refunds has dealt a devastating blow to the airline economy. With many residents now facing stay-at-home, flights all around the world have been canceled. A contract with DOT states that all airlines that cancel a flight must do a cash refund of the cost. This has not been the case for many who had travel plans that were unfortunately canceled. The policy is still in place and many are left wondering when they will receive their refund. The problem is that it is up to the passenger who purchased the ticket to contact their airline to receive the proper accommodations.

Call Your Airline For a Flight Refund

You are going to get the run-around. Like most large businesses, they typically try to make contacting them difficult in order to deter the caller and possibly make them give up or call at a later time.

“Everybody should be able to get their cash refunds,” says Charles Leocha, the president and co-founder of the advocacy group Travelers United. “They paid for something. They’re not getting it. It’s basic American law.”

If you can get to a representative on your first try, then you are a lucky one. For those who cannot get in touch:

Much like dealing with your cable and internet provider, sometimes its best to non-stop call them. This is often the case with complaints and issues. The airline business wants to hold onto as much money as it can – even if it is yours.

You might need to fight for it. For some, they have had to try 3 times before they are given the “all-clear”. For others, they are still told no or they have to wait longer to receive the money.

If that Doesn’t Work, Call Your Credit-Card Company

Contacting your credit car company can help you in the long run. Credit card companies have fail safes in place for this exact reason.

If you have paid for something and not received the item or service, then the credit card company can be your last ditch-effort against an airline that does not want to refund your cancelled flight.

File a Complaint Via DOT for Flight Refund

The Department of Transportation is here to help protect people who have been unable to receive refunds for cancelled flights.

“The fact that the Department of Transportation put out the directive they did on Friday, I think is directly attributable to the hundreds or thousands of complaints that people were filing because the airlines were behaving so poorly,” Keyes says.