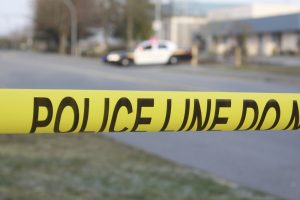 SAN FRANCISCO, California — An entire family has died after their SUV plunged over a cliff in northern California, authorities say.

The bodies of Jennifer and Sarah Hart and three of their adopted teenagers were recovered after a passer-by saw their overturned SUV on Monday.

One of those missing, 15-year-old Devonte Hart, made headlines in 2014 after a photo of him crying and hugging a police officer went viral.

The image was taken at a protest sparked by the fatal shooting of unarmed black teenager Michael Brown. A white police officer shot Brown in Ferguson, Missouri.

Devonte and two other children were believed to also be in the car at the time, authorities say.

“We know that an entire family vanished and perished during this tragedy,” Mendocino County Sheriff Tom Allman said.

What We Know About the California SUV Crash

The family, who lived in Woodland, Washington, was recently visited by Child Protective Services, a spokeswoman for the state’s Department of Social and Health Services told AP.

Authorities believe they left their home for a short trip.

Mendocino County Sheriff Tom Allman said on Wednesday that the scene was unusual. This is because the vehicle traveled across a 23m (75-foot) area separating the road from the cliff edge before the 31m plunge. Authorities found no skid or brake marks at the scene.

However, Allman added that there was “no evidence and no reason to believe this was an intentional act.” He also appealed for anyone with knowledge of the family’s whereabouts before Monday to come forward.