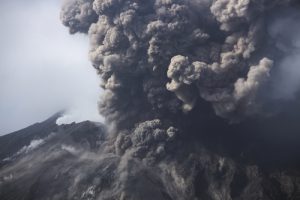 The volcano has destroyed 26 homes and forced 1,700 people to leave their residences since Thursday’s eruption, spewing lava and toxic gas from volcanic vents in the eastern corner of Hawaii’s Big Island, home to about 200,000 people.

A New Development in the Kilauea Volcano Eruptions Cause Evacuations

At Sunday night, a new fissure opened in the Leilani Estates area some 12 miles (19 km) from the volcano, prompting a cellphone alert for residents to leave homes to avoid sulfur dioxide gas, which can be life-threatening at high levels.

The Hawaii County Civil Defense Agency said, there were no deaths or major injuries reported so far.

Evacuees from Leilani Estates could return for pets, medications and check property on Sunday.

Eruptions of lava and gas will likely continue. There may also be aftershocks from Friday’s 6.9 magnitude earthquake. The earthquake is the largest in the area since 1975, according to the Hawaiian Volcano Observatory.