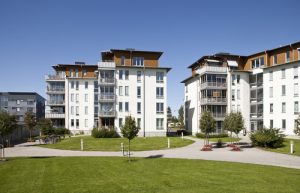 Rules Committee of the San Diego City Council is on board with the new Rabid Re-Housing and Employment Pilot Program.

The plan is to raise $900 million to be able to build affordable housing for low-income residents as well as homeless people, veterans, seniors, and people with disabilities in the city.

The San Diego Housing Federation is a company that is dedicated to building more affordable houses for residents of the city. Whether they are veterans, low-income residents, homeless, or disabled, the company’s goal is to provide housing for them.

Stephen Russell, executive director of San Diego Housing Federation, says that the city has been experiencing a high amount of homelessness. Building these homes will provide a long-term solution for the future. It will slowly decrease the number of homeless people and help those who are close to becoming homeless.

Last week, a lot of the city officials met at the Special Meeting. Councilman Christopher Ward was there as well. He suggested that the San Diego Housing Federation work directly with the City Attorney to take a proposition on the new project and start the plan to develop it.

The bond measure will allow the city of San Diego to receive its share of federal funds as well as state funds.

Other cities in California have also been approved for similar measures. The bond is what will help the city receive state funding to provide housing and decrease homelessness.

On July 11, the San Diego Housing Federation will have a meeting with the Rules Committee to take another vote for this project.