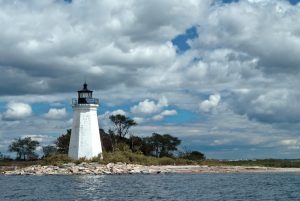 After being absent for about 7 years, the Carnival Cruise Line is coming back to San Diego in 2019!

7 years ago, the Carnival Cruise had a regular routine to and from San Diego. However, they stopped for a while. They recently announced that they will be returning with trips to Mexico, Hawaii, and even the Panama Canal.

The cruise will start taking trips from San Diego in 2019. They will have 3-day getaways as well as 5-day getaways. People will also have the option of a 2-week-trip to Hawaii with the cruise

The last trip that Carnival did from San Diego was the Carnival Spirit to Australia in April 2012.

Joel Valenzuela, Port of San Diego’s maritime director, says the first trip from San Diego will be a “7-day cruise to the Mexican Riviera departing on Dec. 1.”

He says the cruise is returning to San Diego for numerous reasons.  One of the reasons is that there has been an increase in the number of ships that will be departing from San Diego, as well as more space in the Carnival Splendor that will depart to Sydney.

Carnival spokesman Vance Gulliksen says, “We are very obviously happy to return,” claiming that the cruise is “a great market and part of a larger West Coast expansion.”

Valenzuela says that they have not planned any trips or returns to San Diego after 2019. They will wait and see how well the planned cruises will do to determine the return and expansion of the cruise to San Diego.

The cruise will include a 13-day Panama Canal cruise that will end in Miami, Florida, a four-day New Year’s cruise to Baja, California, and a 5 or 6-day cruise that offers a stay in Cabo San Lucas for two days.

After seeing how well their competitors have been doing the last few years in San Diego, they decided to return. The demand for cruises remains high and Carnival plans to offer as many trips as they can.