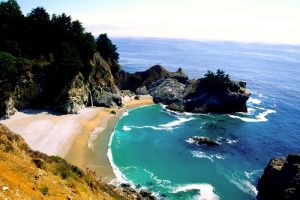 This week has been a good week for California. State officials announced that the greenhouse gas reduction goal was met much earlier than expected.

The board says this improvement is equivalent to getting rid of 12 million cars driving on the road, which also equals saving about 6 billion gallons of gasoline that are used every year.

In California, the law obligates that greenhouse production goes back to 1990 levels by the end of 2020. The law also requires that the production is reduced even more by 40% within the next 12 years.

The Air Resources Board have already started working towards bettering the environment and they plan to achieve those levels in the most populated state, California.

The lower levels in California come from increased use in renewable power. Now, more people are installing solar panels for their homes and businesses. The numbers have spiked by 33% since 2016. More people are also purchasing and driving electric vehicles, whether they are personal ones or business cars.

The transportation industry plays the biggest role in the usage of greenhouse gas. They will have to use resourceful vehicles as well as cleaner fuels to continue to improve.

All-in-all, this will be great for residents of California. Their health will be better, as will the environment and the economy.

Alex Jackson, attorney at the Natural Resources Defense Council said, “The world is watching as California sets the way forward.”