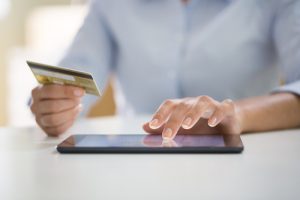 More than 2,500 San Diego water customers haven’t received a bill for months, according to the Public Utilities Department.

The announcement came a day after one of the local news contacted San Diego’s Communications Department about several customers in Allied Gardens who had not received water bills since February. Johnnie Perkins, Deputy Chief Operating Officer for the city’s Public Works Department said that they have covered and discovered that there are a number of ratepayers and customers that over the last three to six months have not received bills.

The missing bills were discovered during the city’s recent effort to re-read al water meters, according to the Perkins. It was the time when the city said crews found 10,000 broken meters and replaced them with wireless smart meters. But the bills were not generated for 2,500 of those newly placed meters.

One of the Allied Gardens homeowners, Jennifer Landers told her bill for water started not to come after her water meter was replaced back in February. She said that she called the Public Utilities Department and asked about the missing water bills. She said they told her that her water wouldn’t be shut off while the city is trying to find out what is wrong with the system.

That was months ago. And she was afraid she would pile up a large sum at the end of the year. According to her, she wanted to pay an estimated amount every 2 months just to be sure.

Per the city, customers who didn’t receive bills will be offered a “payment plan”. Also, it announced that no one will have their water shut off during this time.

The city auditor found delays in the processing of water service work orders due to the implementation of the new IAM San Diego software, in a recent audit report on water customer billing. That software is now at the center of this problem of customers not receiving water bills.

The $50 million IAM San Diego software is a program that integrates more than 30 city department applications into one system.

According to the city audit, the actions of the IAM San Diego software were not “well coordinated.”

Customers who haven’t received a water bill should call (619)515 3599 or email: sdwatersupport@sandiego.gov