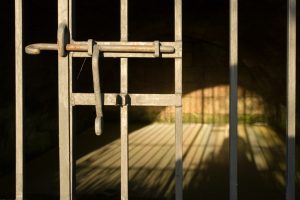 San Diego, California – A woman wearing a purple wig was noticed at the scene of a deadly incident, which happened at a downtown San Diego business. A few days later, authorities arrested her on suspicion of being a part of the incident.

She is guilty of the alleged role in the death of the owner of Bottom Price Flooring on G Street. The 49-year–old Ghedeer ‘’Tony’’ Radda is the victim.

The Purple Wig Wearing Woman Is Not the Only Suspect

51-year old Kevin Eugene Cartwright is another suspect of the crime. Authorities arrested Cartwright on October 17.

Police found a victim nonresponsive inside the store by the customer at about 3:42 p.m., on October 10.

Despite of the efforts of emergency responders to save his life, he was pronounced dead a few minutes later.

As police said, Radda had serious trauma to his upper body.  The cameras spotted two people in disguises at the business. One of them had a granny mask on, the other one a female donning a purple wig.

The investigation is still underway. As detectives found out Cartwright was once a customer of Radda.