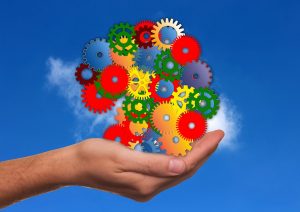 TuSimple has some big plans for the future. The autonomous trucking startup began its journey back in 2015 and they are now making leaps in the industry!

While the company is based out of China, TuSimple has an R&D facility in San Diego, as well as test operations located in Tucson. And the company is growing. Recently, at the International Consumer Electronics Show (CES), they announced that they are taking three to five autonomous trips per day. They also stated that they have customers currently on three different routes in Arizona.

And, the trips the TuSimple trucks take have two safety engineers. One of them is behind the wheel while the other monitors the data that comes in for each trip. That is a big change for the industry. As we get closer and closer to self-driving trucks, every change and technology leap is a big one. Which company will get there first?

Right now, TuSimple is not disclosing their customers. However, they did say that they currently have twelve that are contracted with them. And, they plan to expand further. Right now, they have eleven trucks operating in the US. They want to increase that number to 40 by June of this year. In addition, they will add another route from Arizona to Texas early this year.

As the founder and president of TuSimple stated: “Exactly one year after debuting our prototype system at CES 2018, we’re now running up to five commercial trips a day in Arizona, expanding our fleet and moving quickly toward our goal of creating the first commercial self-driving truck.”

TuSimple is getting closer to making this happen with its use of camera-centric perception. Most autonomous vehicle companies use LiDAR to improve vehicle perception. However, LiDAR has some limitations, especially with large trucks that have to travel at high speeds. The system can detect objects and cars up to about 250 meters. According to TuSimple, they use a camera-based system which has a vision range of 1,000 meters.

As the company keeps trucking along, we’ll see how fast technology changes the industry. Will TuSimple create the first commercial self-driving truck? What will that mean for the future of the trucking industry?