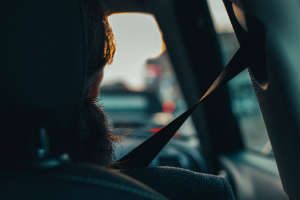 ESCONDIDO, CA – Over the weekend, an Escondido man was killed as a result of an awful crash. According to police, the man was partly ejected from his truck. Then, the truck rolled over him.

This Escondido crash occurred just after 9:30 in the morning on Sunday, March 3rd. And it took place at the intersection of Valley Parkway and Quine Street. This information comes from Lt. Michael Kearney of the Escondido police.

They identified the man driving the truck as a fifty-four-year-old. During the time of the crash, he drove a Toyota Tacoma, going southbound, along Quince Street. This is when he crashed into another driver. The other driver, identified as a forty-one-year-old woman, drove a Mercedez-Benz at the time of the crash. She was heading westbound on Valley Parkway. Luckily, the woman driving this vehicle did not receive any injuries.

With the impact of the crash, the Tacoma rolled multiple times. And, due to the fact that the fifty-four-year-old man did not have a seatbelt on at the time, he was partly ejected from the truck. Therefore, the truck rolled over him as well.

Emergency personnel transported the man to Palomar Medical Center and he died there later on. A female passenger was riding in the truck along with the man. She wore a seatbelt at the time of the crash and only faced minor injuries as a result. However, Escondido Fire Paramedics had to remove her from the vehicle.

While the cause of the crash is unknown at this time, police believe that alcohol may have been involved. The crash is undergoing investigation.