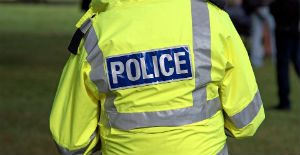 SAN DIEGO, California – A U.S. citizen died Monday after a shootout with law enforcement officials. Specifically, the incident occurred at the San Ysidro Port of Entry.

Furthermore, San Diego police officials confirmed the victim was a 23-year-old man. The shootout occurred between the man and U.S. Customs and Border Protection officers.

Officials report that the shootout started when the man failed to stop for an inspection. Additionally, he was a northbound driver.

A CBP spokesperson reported that a man driving a white pickup truck drove up to the inspection point but didn’t stop. Additionally, the spokesperson said this happened right around 7:30 p.m.

The San Diego Police Department, or SDPD, provided further information to reporters at the scene. Specifically, their homicide division investigated the scene. SDPD Homicide stated that, “The suspect began firing a gun out of his vehicle towards the officers, then exited his vehicle and continued firing at the officers. The officers returned fire, striking the suspect.”

Then, the San Diego Fire-Rescue crew arrived on the scene. They worked with CBP officials to try to treat the suspect for his injuries. Unfortunately, SDPD officials reported that the suspect died at the scene.

Currently, police officials are not identifying the victim. They are waiting to notify his family first. This is standard operating procedure in incidents like these.

Furthermore, the motive for the shooting remains unclear.

An American witness named Zooch Williams was in line on the Mexican side of the border waiting to cross. He said, “We hear ‘pop pop.’ Super gnarly. We are like those were fireworks, and my other buddy was like ‘Those were gunshots, and then we saw all these Border Patrol dudes running and then they were chasing someone.”