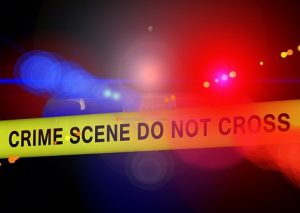 SAN DIEGO, CA – A shooting that occurred in the Lemon Grove section of San Diego has left one person wounded. The shooting took place early Monday morning. And, as a result, the man endured a severe injury. However, the victim is projected to make a full recovery. Still, the San Diego County Sheriff’s Department will continue to investigate until answers are met.

Moreover, the shooting took place on Washington Street near Vernier Drive, in a residential neighborhood. According to the San Diego County Sheriff’s Department, the incident began around 5 a.m.

Furthermore, once deputies arrived at the scene, they discovered a man in his mid-30s who had clearly been shot. In order to get to the victim, deputies had to force open the door to the garage. Additionally, the man suffered a gunshot wound to the leg.

Subsequently, he was rushed to Scripps Mercy Hospital where he underwent surgery. According to SDSO Sgt. Zee Sanchez, the victim’s wound was considered serious.

Moreover, authorities reported that there were other people inside the home at the time of the shooting as well. Particularly, another man, one woman, and a 9-year-old girl. However, they were all reported safe and unharmed, expressed Sanchez.

Despite detectives making a full sweep of the area, still they have not located a suspect, or a weapon.

However, the SDSO is continuing this ongoing investigation by interviewing witnesses who may know something about the shooting.

If you have any information about the shooting, contact the San Diego County Sheriff’s Department.