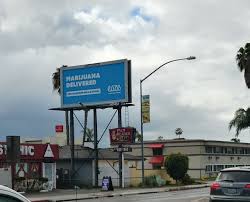 City Council passed an ordinance Monday restricting the placement of cannabis billboards around the city.

In speaking with the San Diego Tribune, Scott Chipman, leader of an anti-cannabis group known as the San Diegans for Safe Neighborhoods, said, “I don’t know why the city is endorsing this kind of advertisement.” Furthermore, Chipman suggests an outright ban. He fears the city failing to establish control over the burgeoning industry.

He believes the cannabis billboards broadcast a “horrible message” to children about the drug.

Interestingly, cannabis companies are not only willing to submit to the new rules, but desire more stringent ones. General counsel for local dispensary March and Ash Breton Peace said he wished the city would be more aggressive. In his view, the rules don’t negatively impact business, so long as the city uniformly applies them across the industry.

He suggested hosting a public forum in which members of the community aired their concerns before City Council.

Other industry leaders applauded the new legislation, which still leaves 54% of the city’s 644 billboards available to them.

However, calls to expand the restrictions arise from critics. Specifically, they call for bans near libraries, where youth often congregate. Council President Georgette Gómez voiced support for such expansion of the ordinance.

The ordinance makes significant additions, however, to existing state law. In addition to adding parks, it allows for local enforcement of the ban as opposed to relying on state officials.

The new ordinance provides a 6 month grace period for present advertisements to become compliant. Billboard advertisements cost up to several thousand dollars a month. Cannabis companies rely on them to direct traffic to their stores.

One thought on “Cannabis Billboards Subject Of New Ordinance”