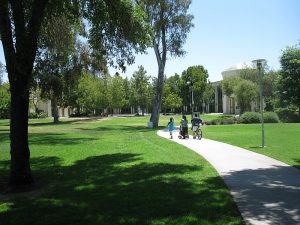 Measure B, a ballot initiative to permit a large-scale housing development to commence, originally passed through the San Diego Board of Supervisors 2 years ago. However, pushback led to the countywide referendum up for a vote on the March ballot. Now, developers supporting the Newland Sierra project want the public to share their vision. Likewise, opponents seek to thwart the development of land they say shouldn’t be developed.

The proposed development at the center of the measure includes over 2,100 homes, with schools, retail space, hiking and bike trails. Located just north of Escondido, the project’s proponents argue it brings much needed housing to the region.

Measure B and Affordable Housing

The developers commit 62 percent of the total number of homes built to affordability. They state a desire to appeal to working-class families with breadwinners in professions like firefighting, policing, and teaching.

They went so far as to sign an agreement binding them to their commitment.

However, Measure B opponents argue their agreement fails to legally require the construction of affordable housing among the total number of homes.

Interestingly, the leading voice on the opposing side is Golden Door Properties, owners of an exclusive spa located near the area designated by Newland Sierra. The wealthy No on B supporter raised $3.3 million to fight the initiative.

Their argument essentially inverts the other side. Instead of providing affordable housing, they argue the development actually exacerbates housing prices. While the requirements regarding affordable housing remain in question, a negative market impact from the sudden inclusion of 2,135 new homes seems just as uncertain.

Still, both sides dump loads of money into digital advertising in an attempt to sway voters. Come March 3 (or earlier, if voting early), a Yes vote on Measure B is in favor of the development; a No vote is against the development.