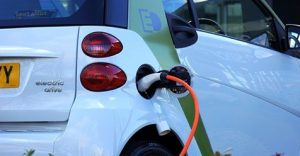 The electric car has been one of the most rapidly expanding industries of the new millennium. Tesla, the pioneer and current front runner for the industry matches the ambition and development of the likes of Ford and mixes it with the sleek technological advancements of a NASA space shuttle.

Unfortunately, the global pandemic that has struck every country since the start of the new year has put an extreme halt on all industries. The electric car industry was no exception.

Electric Car Sales Have Been Slashed

Since the turn of the new year, all auto sales have decreased. With so many people staying indoors and not working, the thought of making large-scale purchases currently goes by the weigh-side. The industry has seen an extreme dip in purchases.

Light At The End Of The Tunnel

Although things look dire, auto companies like Tesla have remained a mainstay in some country’s economies. In Germany, electric car sales have dominated 10% of the new car market. Among that 10%, Tesla makes up approximately 7%.

Although this still hasn’t overtaken the market and become the new essential item for every household, its slowly and (slower-ly) having a larger impact.

While most major car companies have taken the blow, they will still aptly be able to return to normal when travel bans are lifted.

With everything going on, the oil industry has seen record lows. Fuel prices have been dropped to the lowest they have been since before the new millennium. With gas prices so low, the incentive to find alternative forms of transportation have been pushed back due to the access and high production.

Still, with these issues facing the world at large, the only thing consumers can do is wait. There will be a time shortly for car buyers to make the switch to alternative measures.