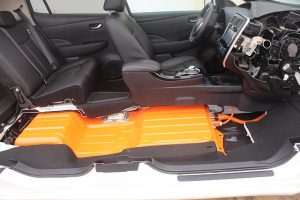 The Hummer EV is looking to flip the current electric car trend. With the ability to overcome its two largest rivals – Ford and Tesla, the brand is looking good.

Oneo f the largest issues that the electric car industry has dealt with over the past decade is the excuse that electric cars can’t outperform standard ICE’s.

Well, that time is gone. The Hummer EV has the potential to put out over 1,000 horsepower. A fully-electric vehicle, the truck looks to take on its largest rivals.

For Ford, they have the Bronco. The vehicle is one of the most anticipated launches of both 2020 and 2021. Its a smaller engine than its predecessors, but that only works to be in its favor. With fuel prices increasing, many will be venturing their capitol into other avenues.

The Hummer EV was once king of the cars when it launched in the early 2000’s. Now its ready to get back onto the thrown as the most effective EV vehicle on the market.

By having the name of Hummer, customers know that this will be the new hot take for electric superiority. 2020 has brought a significant change to the automotive industry. At the start, there was only a single contender in the ring, now that there are more of them being unveiled, the competitive side of electric vehicles is coming to fruition. Will the Hummer EV take the throne once more? We will have to see next years sales reports.