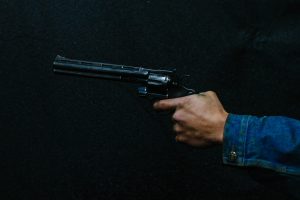 Social workers that work in child welfare in San Diego County will receive specialized training regarding firearm safety regulations. This is in an effort to reduce the potential for gun violence among local families. The announcement came on Monday, October 19th.

The training will be available to all 800 child welfare service staff through the San Diego City Attorney’s Office. They will cover gun violence restraining orders, San Diego’s Safe Storage of Firearms law, and other related state laws and measures.

More Than 600 Firearms Have Been Removed

The gun violence restraining order program has removed more than 600 firearms from dangerous users since it started in 2017. What this order means is that it remove guns from people who are threats to themselves or others.

The Safe Storage of Firearms Ordinance is a law according to the City Attorney’s Office that has been effective in preventing suicides and unintentional injuries/deaths among children, according to City Attorney’s Office. This law took effect last year. It requires that San Diegans keep firearms in locked containers. They should be disabled by a trigger lock if they are not in the immediate control of authorized users.

During the COVID-19 pandemic, officials have said the training is especially relevant. This is due to many residents who are experiencing stress related to staying in quarantine. As a result, gun sales have also jumped in the first three months of the pandemic. This is according to the City Attorney’s Office. They said 110,00 Californians have bought new guns between March and July.

San Diego City Attorney Mara Elliott said the stressors that come from the pandemic increase. Children who attend school at homes where parents’ focus is on other responsibilities. Therefore, protecting families from gun violence has never been more critical. The city attorney’s office goal is to prevent what Elliott calls “unthinkable tragedies.” In turn, ensure the safety of the social workers that look into the well-being of San Diego’s children during COVID-19.

The trainings will take place virtually October 27, November 10 and December 1.