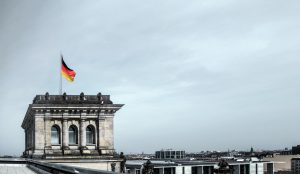 Firstly, or rather, fourthly, Germany sped into October with electric vehicles to boast back home about. Over 17.5% of their auto sales are absolutely seen as plugin electric vehicles. Talk about a blitzkrieg bop! This transition from the minor 3% share from the dismal yesteryead of 2019 defies damn near every expectation just about at the velocity of non-conformity.

To give this some context, let’s rewind back to value the importance of Germany and their win. Back in October 2019, this was coming in hot at a near-frightening 4.1% plugin as far as market shares are concerned.

BNEF, the most stubborn of all the auto industry psychics, had collectively thought that 6 months ago, Europe see only 3.75% of it’s original market share in 2020.

When in reality, Germany is the largest regional auto market in Europe.

And it’s not like the UK and the French are slacking behind or anything.

It’s just that the former predictions being 3.75% felt so ding-dang delusional from the current material.

So what does this mean for how Germany did with their electric vehicles this past month? For example, 17.5% of the share is actually made of 8.4% pure battery electric vehicles (BEVs) – dig that acronym – as well as the 9.1% plugin hybrids (PHEVs). Not to get too nerdy or anything, but you did ask in your mind.

Furthermore, BEV models that are worth to get excited over include the Renault ZOE. This modern marvel is shattering the record books with an amazing amount of sales. (At least 5,014 units, from 22% of the BEVs of Germany.) Year-to-date? In Germany, over 20,000 ZOEs have been sold. And plenty more, for sure.

I guess what I’m really trying to say is that Germany has it figured out, if they’re the fourth in the world. That means that they’re playing the long game. They’re choosing to mess up now and clean up immediately. So as to not raise a cautious eyebrow when really they can only come up with happy accidents. Or as they would say: Glückliche Unfälle!