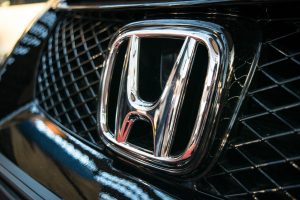 Honda has filed three recalls with the National Highway Traffic Safety Administration this past week. The recalls cover just over 1.2 million cars.

Honda will recall cars for failing power window switches that can lead to fires. In addition, to faulty body control modules and corroding driveshafts that may fail. This is according to the three separate filings.

Numerous vehicles are affected and there are three recalls. The first covers the 2002-06 Honda CR-V. The SUVs may feature failing power window switches. This is due to moisture entering the area of the SUV. If the wires dampen, they may melt or totally fail. As a result, there’s a chance of an interior fire. In fact, as of this past November, Honda said it’s aware of 23 reported fires. Moreover, there 87 other “incidents of thermal events” connected to the issue.

CR-V owners will need to bring their vehicles to a Honda service center. There the technician will inspect the wiring harness for damage. Then replace the master power window switch at no cost to owners. The company said there are a total of 268,655 SUVs may be at risk. On January 18th, mailed notices should be sent out.

Honda Accord, Hybrid and Insight

The 2018-2020 Accord, Accord Hybrid and the 2019-2020 Insight have recalls tackling the body control module failures. A host of vehicle malfunctions can occur due to a BCM software program. Drivers of the three cars may experience window wipers that don’t work. Also broken defrosters. As well as inoperable rearview cameras and exterior lights that won’t flick on. A software update for the cars is the fix. 713,233 cars were estimated by Honda that includes the defect and plans to send out notices went out on January 18th.

Where road salt or other contaminants may corrode the driveshaft and cause them to fail. This is related to specific vehicles that reside in those states.