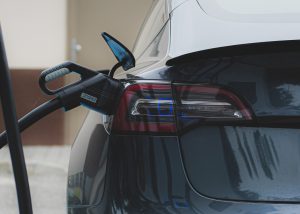 If you didn’t know any better, then you would be driving with gas, eating with gas, and passing with gas. That said, gas is slowly guzzling the Earth dry. And with that said, the Earth is guzzling away the obsession we’ve had with gas. Electric Vehicles – ever heard of them? – are taking over the transportation sector of the World in ways previously thought impossible. But believe it. EV culture is most likely here to stay. This is evident in a surge of companies in EV space getting major deals. Special-purpose acquisition companies, or SPACs, are known full well as “blank check shell corporations with the intent to merge private companies together with the hopes of allowing for public trade without experiencing the traditional and complicated IPO process.

This strategy as it is can be witnessed as less prestigious than typical IPOs. Much worse than that, it’s even shadier. IPOs are historically comapnies in the early stages that have no real chance of survival than to take on a deal offered by the SPAC in question. Lately, in EV areas, Fisker, Nikola Motors and Lordstown Motors have gone through that route over 2020 alone in such crazy strides that many would probably find impossible. Lately, larger names and more experienced companies have been taking on SPAC deals as well. Companies like QuantumScape, Lion Electric and Arrival especially.

Which Two EV Companies Are Just Now Making The Leap?

In Proterra’s case, they’ve been able to work out a SPAC deal with ArcLight Clean Transition Corporation. That deal is pretty intense with $415 million in PIPE Investments led by Daimler Trucks as well as Franklin Templeton. There are a couple of other companies in the deal that are trying to cash in on zero-emission buses, but I feel like the one running Funds and Accounts are all you need to notice. (P.S.: It’s BlackRock.)

With Lucid, these EV geniuses are going in at a value of $15 billion. The company hasn’t been able to deliver a vehicle yet but they did show the production version of the Air just last year, while also completing construction of a new factory. So that’s cool, right?

Once EVs start becoming more common, you might want to buy into this new world. If you do, make sure you ship your car home with our team’s excellent enclosed shipping!