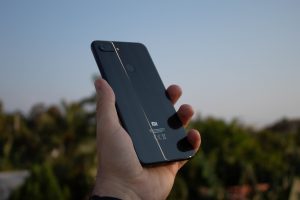 As it currently sits, Xiaomi is an electronics company based on an Internet of Things (IoT) platform. The manufacturer currently makes smartphones, mobile apps, laptops, home appliances, and even scooters. In recent years, however, the company has lost its leaderboard status for smartphone sales in China. Looking forward, it seeks new outlets to maintain its status as an international manufacturer.

In a report from Reuters, three people with direct knowledge of the matter have confirmed Xiaomi’s plans to make EVs. The Xiaomi branded EVs will be aimed at the mass market. This is a similar approach to the positioning of its current electronics products.

Furthermore, one person told Reuters that Great Wall Motors will offer consulting for the engineering process to speed up the project. That is in addition to offering manufacturing services to Xiaomi, a reported first for Great Wall.

Xiaomi EVs, brought to you by Great Wall Motors

Great Wall Motors is an established Chinese automaker and the largest provider of SUVs and pickup trucks in the country. While the manufacturer has over thirty years of auto making experience, it has just recently ventured into EVs.

In 2018, it unveiled the ORA R1, calling it one of the most affordable electric vehicles available. Then in 2019, Great Wall announced a partnership with BMW to produce electric Minis. Not much further electrification has taken place at Great Wall Motors since then, so a partnership with Xiaomi and its resources could make sense.

This move comes at a time when the line between tech conglomerates and auto manufacturers grows thinner, especially as EVs become connected IoT devices and rely more and more on software and electronics to properly function. Companies like Sony have already unveiled a concept EV, and a vehicle from Apple has long been rumored.

So far, neither Xiaomi nor Great Wall has confirmed any plans to make EVs together, although, one person close to the matter told Reuters that both companies could make official announcements as early as next week.