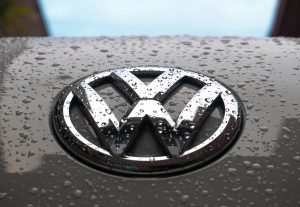 When you think of Volkswagen Buses, like the T2 Transporter and the one that experimented with different fossil fuels in Cars, you think of a suave minibus that takes people on a magical mystery tour unlike any other. However, the bus that was released by the folks at VW doesn’t look cute or really so updated at all. VW has been making a big deal out of the upcoming ID Buzz. However, this electric-vehicle reincarnation of the Volkswagen Bus doesn’t really look that great.

Allow me to specify. It’s a white box with a feeble grille. But the grille itself doesn’t lend to practicality to use for the electric vehicle. There is a camouflage element to the hood ornament, so to speak, but it just doesn’t look very legit. Then again, it’s industry standard to hide the badges when a vehicle isn’t quite ready yet.

As for how the VW ID Buzz performs? That’s left to be seen.

There is a video by CarSpyMedia that details how the van actually operates. However, it turns out to look rather slow. Of the 2022 VW ID. Buzz, you can tell in the video that it operates in a sluggish manner. How underwhelming can this bus be?

Cargo vans don’t usually get chosen for looks, if not moreso for their capability. And capability is totally fine and dandy, if you live off of candy, but when people buy a Volkswagen bus? Come on, man. You get it for the concept and design. Not the practicality. You have to have a drive with the vehicle you design that’ll make people want to care about the vehicle. This is all a necessary approach to make a modern van for the modern man. This is the stuff of what matters to the consumer. So don’t alienate that person.