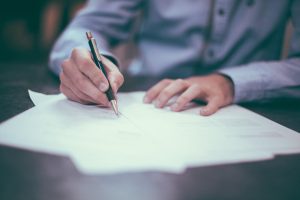 “From a Northern city in West Coast State, there are over 8,400 workers to the border. There are just barely 1,300 that are enrolling in a company plan,” said Todd Walters. He is a member of the UFCW Local 135.

UFCW Local 135 and the San Diego and the local Counties Labor Council did set up the Labor Day rally. That was to bring attention to what they saying is unfair labor practices. These frontline workers, who, for the most part, say they kept CVS open during the COVID-19 pandemic, are now arguing the contract they are being offered does not value them as essential workers.

Getting Health Insurance is Major Issue

“The most pertinent thing we are really trying to get is health insurance,” Walters said during the rally. “CVS is part of Aetna. Moreover, they are a health care insurance provider. The company medical plan is really so expensive. As a result, many of the workers are on medical or other assistance programs.”

Gloria supports and lists many projects workers and the unions’ aid with.

“We really always know that it is workers that make the city work, however, it’s union workers and standing up for workers that are changing San Diego for the better,” Gloria said. “I believe in the power of collective bargaining of organizing and employees coming together to assert themselves and advocate for their rights.”

There have been more than two dozen bargaining sessions between the UFCW Local 135 and CVS. This is according to union representatives. However, there is still no deal yet in sight.

Clerks Get a Potential Paltry Rise

“In fact, we are trying to negotiate minimum wages,” Walters said. “On Thursday, the company’s last proposal to us was a 30 cent raise for clerks.”