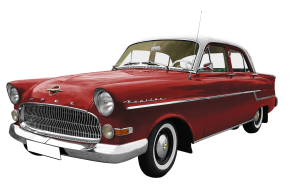 Firstly, look at your car. Nice, isn’t it? (The capability to drive, I mean. You need to wash this motor.) But do you ever wonder where the naming of models – and the rationale to place these nameplates on the side – ever came from? Well, luckily for you, we are intrigued by this also.

Nameplates are there because…?

Besides the logo of the carmaker, you have the specific model name and the generic alpha numerics also imprinted in Chrome. As one can tell, the company and the model name are always important to show somewhere. That’s the basics of recognizing what’s entirely wrong with the vehicle to begin with! To inspect and insure that if you have a Toyota Corolla and it’s breaking down, that you’re able to tell that the owner did tell the truth about it’s specs. Furthermore, that you won’t get wonked in the back of the head with a baseball bat. But to continue, the nameplates are important in general for enthusiasts who love to ogle after the design language that vehicles in specific go through on a day-to-day. The other rationale is that some cars are instantaneously recognizable. Some models are just too easy to tell. Leaving the manufacturing badging alone was the common choice for vehicles up in the 1950s. Some badges had rare names to begin with, before then so. People thought it was rather cool.

A couple vehicles would make an art out of the craft and utilize brushscript with enjoyable and entertaining imprints on the sides of vehicles. Who wouldn’t want this to be the norm?

But as it turns out, the oldest model with the first ever nameplates in history must’ve only been a little more than 100 years ago. The Peugeot Bebe is a model that is in a build class of 1913 to 1916. The other likelihood is the 1901 Mercedes.