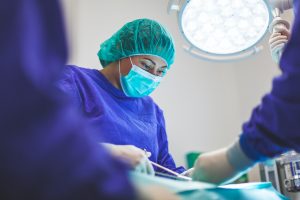 There’s a fifth surge that is coming from the COVID-19 pandemic, especially imminent in Southern California. According to the local Response and Recovery Committee, medical leaders around the four major hospital systems are discussing heavy matters. That there is an impact happening in the area, resulting from fake news.

Ironically enough, Councilwoman Marni von Wilpert made headlines, saying that she’s positive for COVID-19. Though she is fully a supporter of vaccines, Wilpert is planning to recover from home. In the meantime, she assures everyone the best medicine is the vaccine.

Throughout the meeting, each of the leaders has talked about the collaborations. As well as how misinformation is challenging treatment efforts, and how the public policies may save the hospitals themselves from being overrun in the fifth surge.

Christopher Longhurst, a Chief Information Officer and Associate Chief Medical Office at UC San Diego Health has told everyone at the meeting that though morale was up for the vaccine, “we’re hospitalizing 700 San Diegans again with the bulk of those being unvaccinated, it’s really striking our team members to be quite difficult.” Sadly, he added that staffing has always been problematic since the health care workers involving themselves have already started to feel their energy burnt at both ends.

A fifth surge is likely going to cause a twindemic during the winter. Being that COVID and the flu alike are still rampant

Longhurst believes that the fifth surge should kick in around November and reach its peak in January 2022. A mask mandate may likely be in place by then. As well as mandatory, vaccination card to be shown for indoor dining and gyms. These are all troubling times. Who really knows what to do? Get vaccinations. Get boosters.