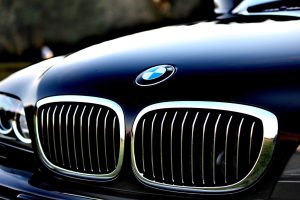 From what it sounds like, BMW has gas-powered vehicles on it’s last legs. There’s talk of tentative plans from the automaker to cease all production of internal combustion engines by 2024. This is an acute plan made with the understanding that electric vehicles are going to phase out trasditional gas-power cars. This is all news as of Friday, during a conference stating the production of the electric i4 model. The engines made in Munich, Germany are going to shift towards Austria and the United Kingdom for the forseeable future. And yet, BMW is making a grand effort for fifty percent of new global car sales to electrify by 2030.

During such a time, the company will have an all-electric offering if the market bans ICEs in that time. The i4 battery-electric car are created justly. There are both ICE and hybrid models like the BMW 3 Series Sedan and Touring being made. All in a shift of about 200 million euros of investment for production infrastructure. In such a case, the mixed assembly line already finds itself underway at the automakers Dingolfing plant. In such an area, that produces the BMW iX right near hybrid and ICE models alike. This is all with the inspiration they have to get the cars up and running in this new EV age.

However, there’s a commitment to reduce emissions to transport logistics from the Munich plant. More or less without a date in mind either. This is all becoming achievable thorugh great use of rail transport and battery-powered trucks in order to transport vehicles around the plant.

When you think about it, BMW is only anticipating the inevitable. Truly, they are! If you don’t believe it, however, you’ve surprises in-store.