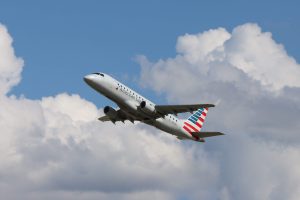 American Airlines did themselves a dirty deed by deciding to cancel beyond one thousand nine hundred flights to everywhere in the country this past weekend. The reason why? Bad weather and horrible luck with staff accountability. An air travel analyst of California has long been studying travel patterns in the area. His name is Henry Harteveldt. And what he has to say may make sense. “It’s a function of this bad weather occurring at the end of the month.” In the beginning of Sunday, nine flights were canceled from American Airlines.

Beyond the International Airport, 1,900 flights were donezo across the United States. Tough climates in certain southern states also contributed to the madness. “We are taking this measure to minimize any inconvenience as much as possible. Most of the customers impacted by these changes are being rebooked the same day, and we apologize for having to make these changes.” These are the words of David Seymour, the COO of AA. The likelihood of weather bettering by the holidays is one thing. But how many people, coming out of a pandemic, are really going to want to be staffed up right now? When Thanksgiving is approaching. The likelihood is that over 4,000 new team members will join the ranks. At the very least, by the fourth quarter.

According to Seymour, 1,800 will be returning from leave in the coming days, as the remainder return by December first. Additionally, over six hundred new hires are hitting the property by December 1st. For safety reasons, flight crews are only able to hit a specific amount of hours to work lawfully for safety reasons. Certainly, if that’s a legitimate reason to have less flight attendants then okay. So be the scenarios and whatever they may invoke for passengers.