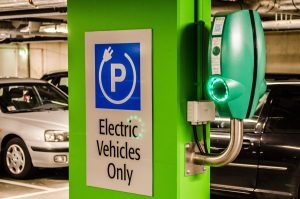 The Environmental Protection Agency has had the effort to finalize the federal greenhouse has emissions standards for cars and light trucks. In the manifesto of sorts, there will be leverage advances in clean car technology in order to unlock about $190 billion in net benefits for Americans. This would include a reduction of climate pollution as well as an improvement on public health and saving drivers from running out of money at the pump.

The EPA is On The Case!

Of course, this also involves more net benefits to consumers than what the proposed rule could showcase in the case of zero-emission vehicles. Under which circumstances, they tend to be way more efficient for consumers. Granted, the standards throughout 2026 set the greenhouse gas program on a solid enough track to launch for the EPA and their standards in time for Model Year 2027.

According to the EPA Administrator Michael Regan, “Our priority is to protect public health, especially in overburdened communities, while responding to the President’s ambitious climate agenda. Today we take a giant step forward in delivering on those goals while paving the way toward an all-electric, zero-emissions transportation future.”

He goes on to say that they followed science, listened to stakeholders, and decidedly would set robust an rigorous standards to reduce the pollution affecting people and the planet.