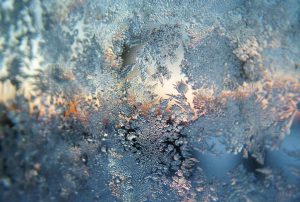 As the New Year suddenly becomes a time that we all get used to, an overflow of freezing temperatures glazes over the valleys and deserts. Of course, one has to consider the danger of a freezing warning from the NWS, otherwise known as the National Weather Service.

This notice was offered from midnight on Sunday to earlier this morning. In which case, the frost advisory had been issued for the same time period for the valleys. Of course, the freezing warning from the NWS may come again somehow, in another time. One has to mind the very clear likelihood that freak temperatures can come around the area very easily.

It’s scary to feel like you’re freezing in these days.

Temperatures, as high as they could go, only reached about 63 degrees with overnight lows of about 33-43. The Mountain highs were even worse: 45-54 with lows in the night being as close to 27-33.

High-tides of about 7 feet had been seen in low-lying beaches where brief periods would show minor tidal overflow. Of course, there would be a return of the marine layer, starting from Monday afternoon into Tuesday morning. Low clouds are likely to reach the coast late Monday and spread inland towards the western valleys on Monday night and Tuesday morning.

One can see that there have been light marine layer precipitation, due west in anticipation of Friday and Saturday.