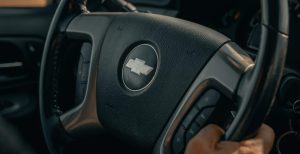 The Chevy Corvette Z06 is totally an extreme sports car. This is a vehicle that packs in a 5.5-liter LT6 V-8 engine with dual overhead cams. Not to mention a flat-plane crankshaft and an unparalleled 670 horsepower with a 460 pound-feet of torque. All while accelerating to 8600 rpm.

The 2023 Corvette Z06 will easily be the most extreme sports car to ever be assembled in Bowling Green. Thanks to the folks at Barrett Jackson, one lucky collector will have a chance to take home the first retail production example at the brand’s Scottsdale 2022 auction.

Unveiled in October 2021, the new Z06 packs a 5.5-liter LT6 V-8, complete with dual overhead cams and a flat-plane crankshaft. It’s the most potent atmospheric V-8 to ever enter production. The motor provides an unmatched 670 horsepower and 460 lb-ft of torque, all while revving to a ridiculous 8,600 rpm. Combined with revised bodywork and other C8.R-derived tweaks, the car promises to shake up the current supercar landscape.

The first Z06 will be sold no reserve in lot #3009 at the Scottsdale auction and should cross the block at approximately 8:30 p.m. mountain time on January 29. The full auction sale price of the car will go to the Operation Homefront charity which helps U.S. military families in need.

Chevrolet is no stranger to selling off some of its more special Corvette models at Barrett Jackson, specifically in the name of charity. In fact, some of the most important Corvettes in recent history followed the same path as this upcoming 2023 Z06. Back in 2019, the final front-engined Corvette ever built was sold at the Barrett-Jackson Northeast auction.

The car in question was a Z06 model finished in black and was purchased by Dan Snyder of Snyder Motorsports for a whopping $2.9 million. At Barrett Jackson’s Scottsdale 2020 event, the first production C8 Corvette was sold to Rick Hendrick for $3 million. That sale set a record for the largest amount of money ever spent on a Barrett Jackson charity car. The proceeds from each sale benefitted the Stephen Siller Tunnel to Towers Foundation and the Detroit Children’s Fund, respectively. While both of those machines were historically significant items, neither had the same sort of performance on offer as this latest Corvette creation.