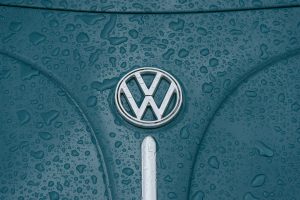 The Volkswagen ID.Buzz. That’s a vehicle of quantifiable value! It promotes so much electricity. They have the electric vehicle game covered. It’s totally necessary for you to try.

Volkswagen has been specific about the Microbus for as long as it has been an American icon.

Volkswagen dropped several hints about bringing the bus back in those intervening years, including the Microbus concept at the 2001 Detroit auto show. But it was the ID.Buzz shown at Detroit in 2017 that presaged the production version, an EV microbus that will sit on the same modular EV platform (MEB) that underpins the Volkswagen ID.4 and Audi Q4 e-tron.

The European-spec prototype vehicle had been barely representative of the bus that would come to the States. In that case, the ID.Buzz is really quite the commercial van. It had been well known that this vehicle also maintained a shorter 117.6-inch wheelbase.

The Europe-spec prototype was only partially representative of the bus that will come to the States. It was a commercial van rather than a people hauler, with a bulkhead behind the front seats fully partitioning the cargo area; all are passenger versions. It also sat on the shorter 117.6-inch wheelbase that will be offered in Europe, while the plan is to bring only the longer-wheelbase variant to America. The U.S. version will also have a bigger battery pack than the prototype’s 77.0-kWh unit.

Don’t worry, excited anticipation is still justified. The drive started at Volkswagen Group’s U.K. headquarters in Milton Keynes, an English town constructed in the 1970s on formerly green fields. It has a grid street layout designed by a Berkeley-based urban planner with roundabouts at each intersection (a very English touch). It’s a great place to learn about understeer or, in this case, the ID.Buzz’s impressive resistance to it.