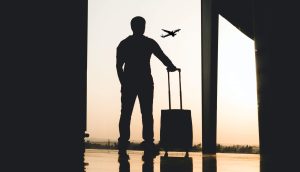 Since March 2020, nothing has ever really been quite the same in the United States. Let alone the World. As if we weren’t already ravaged enough by the deaths of ordinary citizens like George Floyd, to international icons like Kobe Bryant, a world-wide pandemic of corona virus had spread all over to infect and destroy entire ecosystems of life. And with that rationale, it’s been tough. Very difficult. So much so that movies and television shows have been written about it as well. But the industry that has taken the most damage? The travel industry. Travelers all around have been a lot less capable of moving between different parts of the world. And why is that? Simply because there has been more of a chance for the virus to be spread thanks to it’s airborne quality. So you can only imagine that travel has been tremendously hit by the spread of COVID-19. Yet, after time has evolved, vaccines have been rolled out and lives have been saved, for the first time since that fateful year, things are finally appearing to go back to normal. For instance, San Diego International Airport has reached a new high in traveler attendance. Our very own airport has been able to hit a new high. About 2,068,397 passengers have flown in and out of the area. This will be the highest since the pandemic has started!

Truly, this is great news!

The number itself is only a testament to how things are finally returning to normal as society persists to continue on better and stronger than ever before. This would essentially be the first that SAN has reached even more than 2 million passengers since as long ago as December 2019. This is all according to airport statistics. Between January 1st and June 30th, both days of 2022, SAN was thankful enough to serve above ten million passengers. Comparing this, year after year, you’ve gotta admit. Business is good for the airports. In this specific calculation, traveler traffic has gone up to 30.2%. This milestone is as close the airport has come to reaching pre-pandemic numbers. Just about 90.5% of the way there to exactly what 2019 felt like.

Kimberly Becker, president and CEO of the San Diego County Regional Airport Authority, had this to say: “SAN has seen a steady increase in passenger numbers as demand for summer travel continues. Reaching more than two million passengers is a milestone we can celebrate as our region continues to recover from the effects of the COVID-19 pandemic.”

Compare it to May, June traveler traffic is still up about 7.9%. The greatest number of traveler traffic activity was Sunday, June 26th, with about 82,000 of them entering and exiting. Becker believes that the uptick is thanks to available nonstop flights to and from domestic and international destinations. SAN offered eight more routes with nonstop destinations in June 2022 than June 2021.

Various airlines have increased the quantity of flight offered from SAN to 10 other destinations. Those airlines? Alaska Airlines, Frontier Airlines, Spirit Airlines, Southwest Airlines and United Airlines. God bless them.